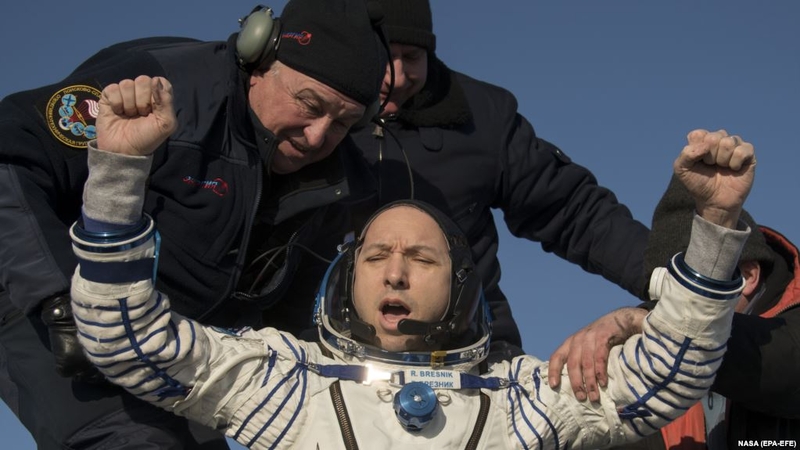 AKIPRESS.COM - A capsule carrying U.S., Russian and Italian astronauts from the International Space Station landed in Kazakhstan on Thursday after a five-month mission, a NASA TV live broadcast showed.

The spacecraft landed near the central city of Zhezkazgan, Karaganda region on December 14, bringing back Russian cosmonaut Sergei Ryazansky, NASA astronaut Randy Bresnik, and Paolo Nespoli of the European Space Agency who had spent 139 days in space, Reuters reported.

The trio's departure reduced to three the crew of the ISS, which is orbiting 400 kilometers above the Earth.

A Soyuz rocket carrying the three men was launched from the Baikonur Cosmodrome in Kazakhstan in late July.

For Ryazansky, it was his third mission aboard the ISS.

On December 17, Scott Tingle of the U.S. space agency NASA, Anton Shkaplerov of Russia's Roscosmos, and Norishege Kanai of the Japan Aerospace Exploration Agency are scheduled to blast off from Baikonur to join the ISS crew.

Related content
NASA appoints an Indian-American as its acting Chief
Kazakhstan produces 23.6 million tons of oil in Q1
Oil production at Kashagan to grow 33% to 11 million tons in 2018