Coronavirus in Kyrgyzstan
Support Subscribe Log in
Log in
KyrgyzstanKazakhstanMongoliaTajikistanTurkmenistanUzbekistanWorld
art & entertainmentbusinesseconomyeducationenvironmentfinanceforeign policyhealthjustice & crimelifeopinion & analysispoliticssciencesporttechnologytravel
Kyrgyzstan|politics|April 7, 2018 / 10:54 AM
Jeenbekov: We must not turn away the path of development, we must make Kyrgyzstan a country of comfortable life and business 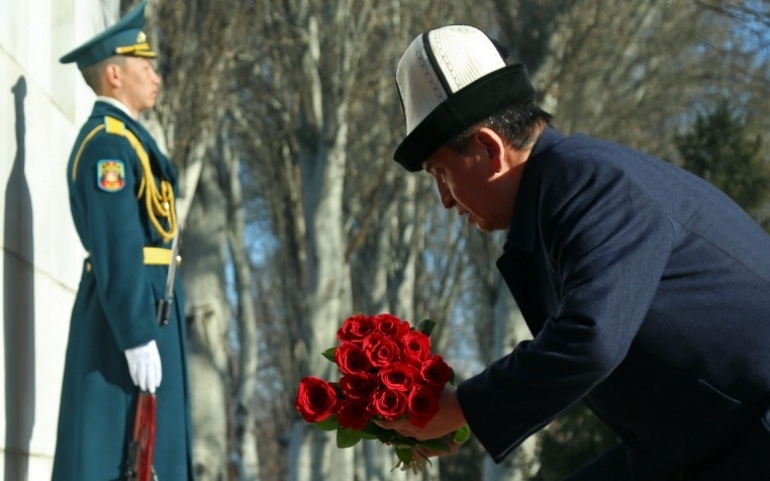 Highlighting the importance and historical significance of this day, Jeenbekov said Kyrgyzstan will never forget the heroes who gave their lives so that Kyrgyzstan had a bright future.

"We have no right to forget about the priceless feat of our heroes who have laid down their lives for the sake of tomorrow and the bright future of our country!" the statement said.

Jeenbekov said that after April 7, statehood has resilient and major political changes have taken place. The country had democratic elections and demonstrated to the world that it is a true democratic country. Major projects in the economy and the social field were implemented.

"But we still have many tasks ahead. Our goal is precise and clear: not to turn away the path of development, to develop Kyrgyzstan as a country of comfortable life and business. We must make Kyrgyzstan a free, legal and strong state," Jeenbekov said.

Concluding the message, he wished peace and prosperity to the nation.