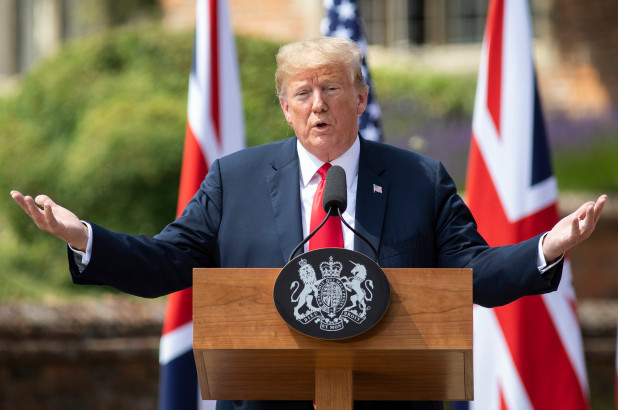 AKIPRESS.COM - Germany’s foreign minister says Europe can no longer rely on the US after President Trump labeled the European Union a “foe,” reports New York Post.


“We can no longer completely rely on the White House,” Heiko Maas told the Funke newspaper group Monday.

“To maintain our partnership with the USA we must readjust it. The first clear consequence can only be that we need to align ourselves even more closely in Europe.”

“Europe must not let itself be divided however sharp the verbal attacks and absurd the tweets may be,” Maas continued.

Trump made the explosive statement about the EU in an interview with CBS on Sunday, following a contentious NATO summit in Brussels where he accused Germany of being “captive to Russia” ahead of his own meeting with Russian President Vladimir Putin.

“I think the European Union is a foe, what they do to us on trade,” Trump said when asked who he thought the country’s biggest competitor is.

“We Europeans truly have to take our fate into our own hands — naturally in friendship with the United States of America, in friendship with Great Britain, as good neighbors with whoever, also with Russia and other countries,” she said at an election rally after the meeting, according to Politico.

“But we have to know that we Europeans must fight for our own future and destiny.”