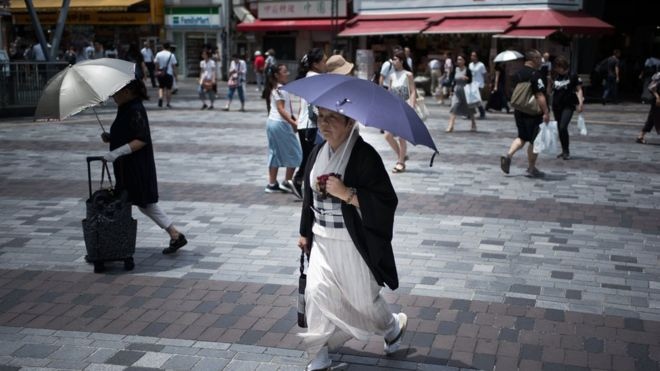 AKIPRESS.COM - Japan's weather agency has declared a heatwave sweeping the country a natural disaster, with at least 65 deaths recorded in the past week, BBC reported.

An agency spokesman warned that "unprecedented levels of heat" were being seen in some areas.

More than 22,000 people have been admitted to hospital with heat stroke, nearly half of them elderly, emergency officials say.

The heatwave shows no sign of abating, forecasters say.

On Monday, the city of Kumagaya reported a temperature of 41.1C (106F), the highest ever recorded in Japan.

In central Tokyo, temperatures over 40C were also registered for the first time.

The Japan Meteorological Agency warned that temperatures of 35C or higher would continue until early August.