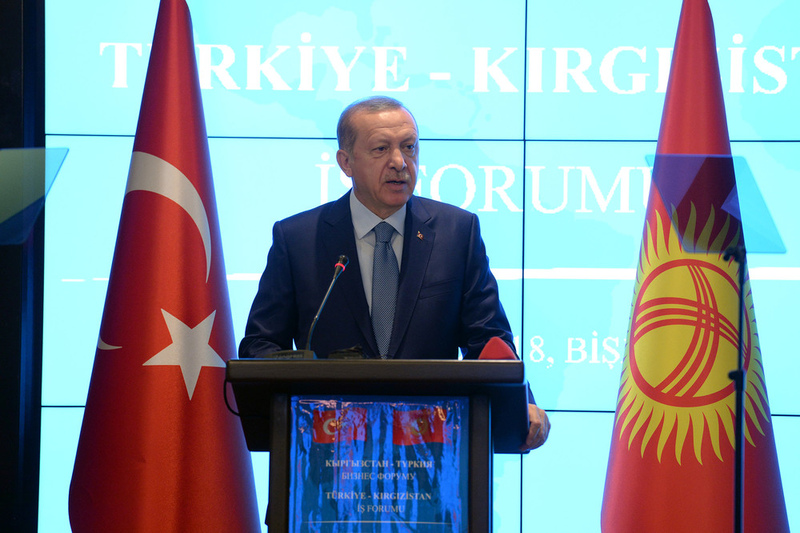 AKIPRESS.COM - “We need to gradually end the monopoly of the dollar once and for all by using local and national currency among us," President Recep Tayyip Erdoğan at Kyrgyzstan-Turkey business forum in Bishkek on September 2, Hurriyet Daily News reports.

The president pointed out that dependence on dollar in international trade had become a bigger problem.

Speaking about economic relations with Kyrgyzstan, Erdoğan said they were eyeing a foreign trade volume of $1 billion.

“Firstly, I call on Turkish businessmen, Kyrgyzstan is a friend an brother country. Prioritize this country in your investments,” Erdoğan said.

He added that investment in the Kyrgyz market would also appeal to Kazakhstan, Russia and Belarus, which are members of the Eurasian Customs Union.

Erdoğan said that strong relations between the two countries also need a stronger cooperation in the fields of education, development, culture and tourism.

He recalled that since 1993 the Turkish Cooperation and Coordination Agency (TİKA) had established schools and hospitals in the country.