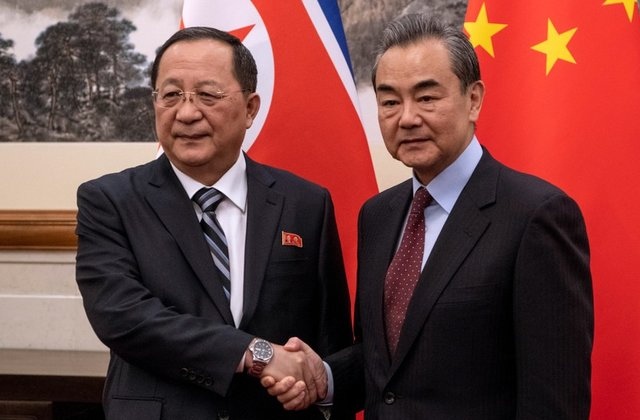 AKIPRESS.COM - North Korea’s commitment to denuclearization and safeguarding peace and stability on the Korean peninsula are unchanged, its foreign minister, Ri Yong Ho, said on Friday, at a meeting in Beijing with the Chinese government’s top diplomat, Wang Yi, Reuters reports.

China is the North’s most important economic and diplomatic backer, despite anger over its neighbor’s nuclear and missile programs. Ties have warmed in the last year as Pyongyang’s relations with both Seoul and Washington have also improved.

Ri added that North Korea hoped to build “required mutual trust” with the United States and “move in the same direction”, the Chinese foreign ministry said in a statement on the meeting of the two officials.