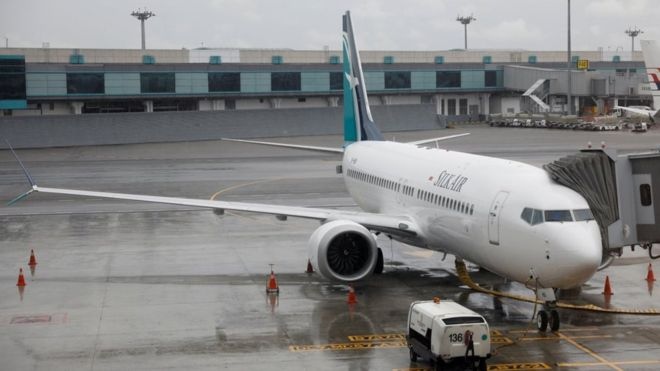 AKIPRESS.COM - Singapore's Civil Aviation Authority (CAAS) has temporarily suspended all Boeing 737 Max models from flying into and out of the country, BBC reports.

The decision comes after an Ethiopian Airlines Max 8 crashed on Sunday, killing all 157 people on board.

It was the second fatal accident involving that model in less than five months.

Singapore is a major travel hub, with flights connecting Asia to Europe and the US.

Several airlines and regulators around the world have already grounded the Max 8 model, following the crash.

Singapore is believed to be the first country to ban all variants of the Max family of aircraft. The suspension goes into effect from 14:00 local time (06:00 GMT).

The aviation authority said it was working with Singapore's Changi Airport Group and the affected airlines to minimise any impact to travelling passengers.

In the US, the country's Federal Aviation Administration told airlines on Monday it believes Boeing's 737 Max 8 model to be airworthy, despite the two fatal crashes.