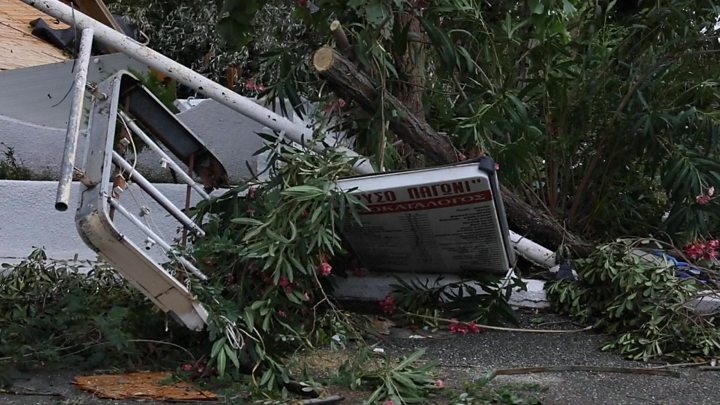 AKIPRESS.COM - Seven people, including six tourists, have been killed in a violent storm that swept across a region of northern Greece on Wednesday night.

A Czech couple died when their caravan was blown away, and two Romanians and two Russians also died. A seventh body was later found in the sea.

Officials say at least 100 others were injured, with 23 people hospitalised.

A state of emergency has been declared, with dozens of rescue workers dispatched to help.

Charalambos Steriadis, head of civil protection in northern Greece, described the storm as an "unprecedented phenomenon".

It followed a spell of very hot weather in Greece with temperatures soaring to 37C (98F) over the past two days.

Winds of more than 60mph (100km/h) were recorded in the region, Reuters news agency reports.