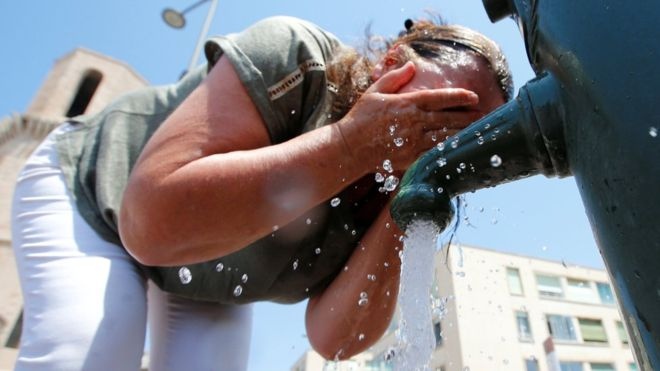 AKIPRESS.COM - The world experienced its hottest June on record last month, with an average temperature worldwide of 61.6F (16.4C), according to new data, BBC reports.


The US National Oceanic and Atmospheric Administration (NOAA) said the average global temperature was 1.7F warmer than the 20th Century average.

The heat was most notable in parts of Europe, Russia, Canada and South America, it said.

The NOAA report was released as the US prepares for a "dangerous heatwave".

The National Weather Service has warned that tens of millions of people will be affected by excessive heat in the coming days, with temperatures expected to reach up to 110F (43.3C).

Scientists have warned that record-setting temperatures will continue as a result of climate change.

"Earth is running a fever that won't break thanks to climate change," climatologist Kathie Dello told the Associated Press news agency. "This won't be the last record warm summer month that we will see."