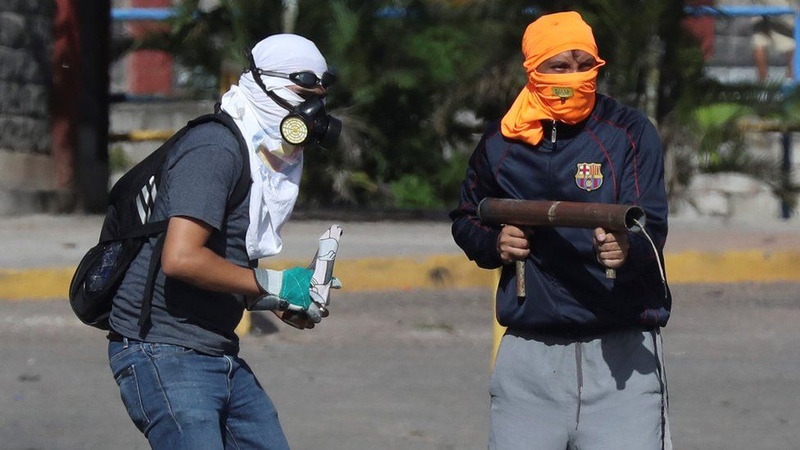 AKIPRESS.COM - There have been violent clashes between police and protesters demanding the resignation of President Juan Orlando Hernández in Honduras, BBC reports.


Thousands took to the streets of the capital Tegucigalpa on Tuesday.

The protests come days after prosecutors in the US alleged that Mr Hernández's 2013 presidential campaign had been financed by drug money.

Thousands of people who protested in Tegucigalpa on Tuesday were not convinced, calling the president a "narco dictator" and holding up placards demanding his resignation.