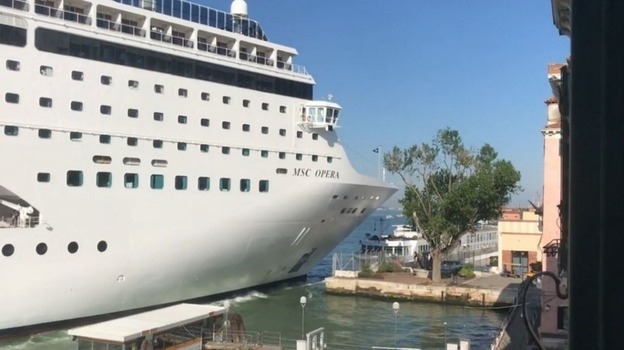 AKIPRESS.COM - Without boats, Venice would be nothing, but the 1,600-year-old city was never built for huge cruise ships, itv reports.


All too often, the Italian city's picturesque skyline is overshadowed by gargantuan liners sailing into the lagoon, and damaging the city's foundations, ecosystem and more.

Finally, after a 10 year battle, the Italian Government has responded to the appeals of many Venetians and set out plans keep the biggest ships away from the city's historic and fragile centre.

A new plan will see ships weighing more than 1,000 tonnes or more moved away from Venice’s infamous grand canal.

It comes after a crash in June - where several passengers were injured on a far smaller tourist boat when a cruise ship hit it - proved to be the final straw.

Toto Bergamo Rossi, from the Venice Heritage Foundation, said the city was "very lucky" the June crash was a relatively small accident.

Venetians have protested over the years against large cruise ships, saying they damages the city's historic foundations.

Over the last decade, the battle has become increasingly acrimonious - often tourists are welcomed by angry residents in smaller boats.