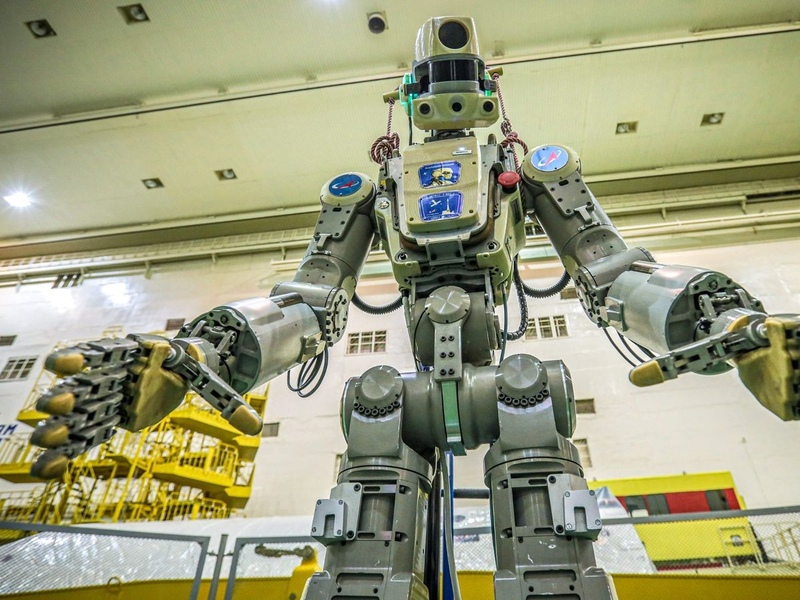 AKIPRESS.COM - Russia has launched a humanoid robot into space on a rocket bound for the International Space Station (ISS), Independent reports.


The space robot Fedor (Final Experimental Demonstration Object Research) was the only passenger onboard the Soyuz rocket, which launched from Russia's Baikonur cosmodrome in Kazakhstan on Thursday.

The robot will spend 10 days aboard the ISS practising other skills, such as using tools to fix issues that might arise on the space station.

Eventually it is hoped that Fedor, which measures one metre and 80 centimetres tall and weighs 160 kilograms, will be able to take part in space walks with other astronauts.

During the launch, the robot could be heard saying "let's go, let's go", repeating the famous words spoken by Yuri Gagarin, the first man in space.

"The robot's main purpose is to be used in operations that are especially dangerous for humans on board spacecraft and in outer space," said Russian space agency Roscosmos.