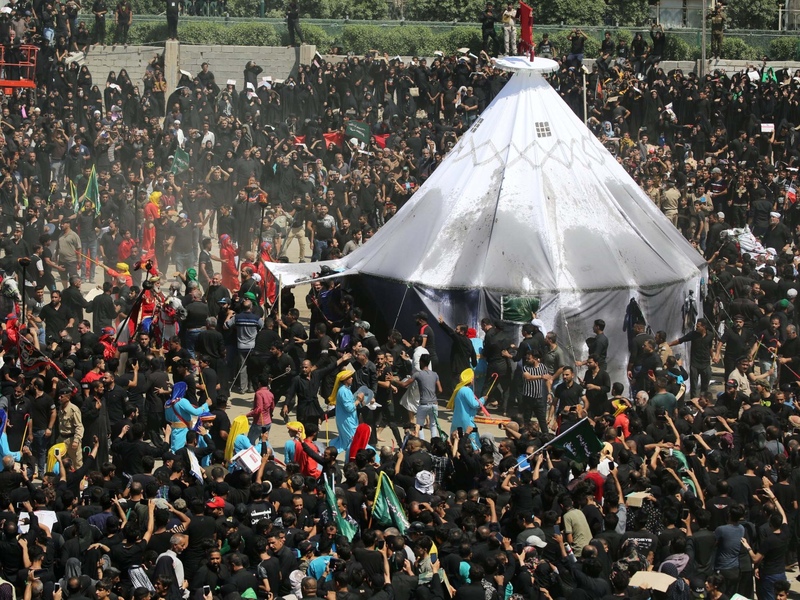 AKIPRESS.COM - At least 31 people have been killed and 100 injured in a stampede during the Shia Muslim religious rituals of Ashura in Iraq‘s holy city of Kerbala, Independent reports.


The death toll, released by the Iraqi Health Ministry, was expected to rise.

At least 10 people were in a critical condition.

The stampede happened when a walkway collapsed towards the end of the Ashura procession, The Associated Press reported.

The collapse caused a panicked rush among worshippers near the gold-domed Imam Hussein shrine.

Officials said the stampede took place during the so-called “Tweireej” run, when tens of thousands of people run towards the shrine around noon.

The annual pilgrimage, which marks the death of the Prophet Mohammed’s grandson, Imam Hussein, in battle in the year 680, draws hundreds of thousands of Shia Muslims from around the world to Kerbala.

Imam Hussein’s death is thought to have cemented the schism between Shia and Sunni Islam.

During the rituals Shia Muslims cut themselves with swords and knives and cover their bodies with mud.

They mark the holy Day of Ashura, the 10th day of the “mourning month” of Muharram.