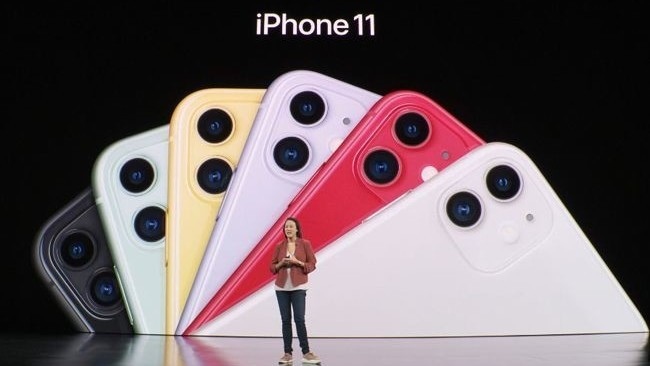 AKIPRESS.COM - Apple has unveiled its iPhone 11 range of handsets, which feature more cameras than before and a processor that has been updated to be faster while consuming less power, BBC reports.


The company said the two Pro models would last between four to five hours longer than their XS predecessors.

But it did not launch a 5G model, and some rumoured features were missing.

Apple also revealed a new version of its smartwatch, which features an "always on" display for the first time.

The Series 5 Watch adjusts how often it refreshes the screen to as little as one frame per second as well as dimming the image to promise the same 18-hour battery life as the previous version.

It also introduces a compass as well as the option of a titanium case. Its new operating system will alert owners to when nearby noise rises to risky levels, and adds menstrual cycle-tracking.

"I love strategically where Apple is going with its health and safety capabilities, but was disappointed to not see a sleep study or feature mentioned," commented analyst Patrick Moorhead.

The company added that it will keep its Series 3 model on the market, which will cost $199 - or £199 in the UK - marking a new entry price point for the wearable.