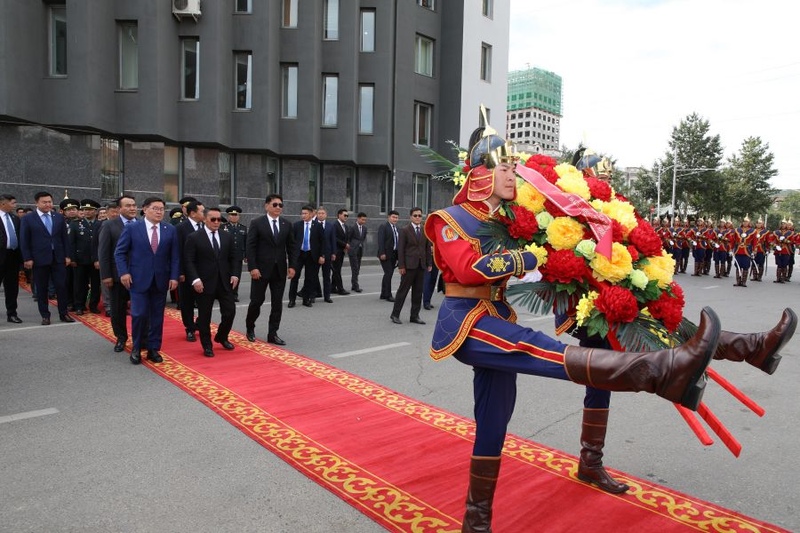 AKIPRESS.COM - Mongolians are commemorating the Day of Remembrance of the Victims of Political Repression today, Montsame reported.


In honor of the day, President Kh.Battulga, Speaker of Parliament G.Zandanshatar and Prime Minister U.Khurelsukh paid a tribute to the Monument of Victims of the Political Repression by offering wreaths. Present at the ceremony were also MPs, representatives of political parties and non-government organizations and family members of the victims.

“…Represented by the day of September 10, 1937 when the brutal political persecution that covered all social classes was launched in Mongolia, it was decreed by the Law of Mongolia and Resolution of the Parliament to commemorate the Day of Remembrance of the Victims of Political Repression nationwide on September 10 every year. Accordingly, Mongolia is observing the day for the 24th year,” reported the State Commission for Management and Organization of Rehabilitation of Political Repression.

During the years of political purge, 36 thousand people were undergone repression, of whom 31,263 people were rehabilitated.