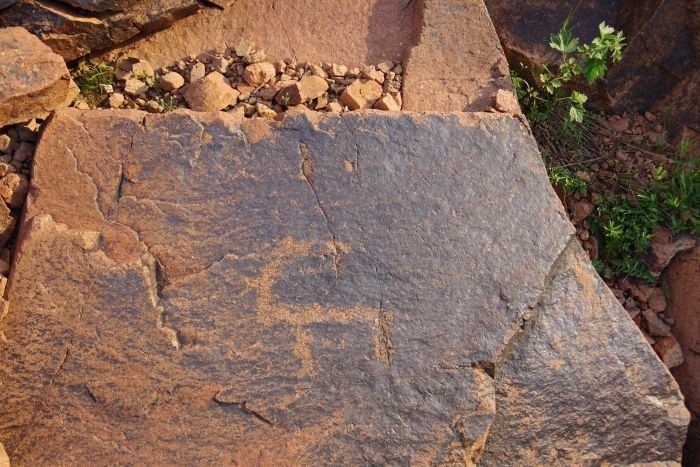 AKIPRESS.COM - A team of archaeologists from Warsaw discovered a rich, previously unknown cluster of rock carvings in Uzbekistan. There could be thousands of depictions of animals, mainly ibexes; the oldest ones were made several thousand years ago, researchers estimate, Science in Poland reports.

Researchers from the University of Warsaw have been conducting research in the Chatkal Mountains in the northwest of Uzbekistan for several years. So far, they have focused on excavations. They discovered the traces of several camps from 40,000 years ago.

"We received a signal from the local population that in a place close to our excavations there are visible carvings on the rocks. We decided to have a look. It turned out that the information was good. The number of carvings is enormous. Until now they were completely unknown to scientists," says Dr. Małgorzata Kot from the Institute of Archaeology of the University of Warsaw, head of excavations in the area where the carvings were discovered. The research is financed by the National Science Centre.

The cluster of petroglyphs (rock carvings) is located on the slopes of the high mountain valley Kyzyl Dara. They are made on huge flat rocks located at an altitude of 2500 to 3100 m a.s.l. According to Dr. Kot, this is one of the highest situated places of this type with rock art in Uzbekistan. Rocks with carvings stretch over an area of several hundred meters.

Depictions of ibexes predominate among the carvings. Researchers base this interpretation on huge, curved horns of animals. "The carvings probably depict Siberian ibexes. They are the largest ibex species on Earth. They are currently on the list of endangered species" - says a member of the research team Michał Leloch, who made preliminary documentation of some of the discovered petroglyphs. The length of the horns of these animals can reach nearly one and a half meters. Male Siberian ibexes weigh over 100 kg.

Scientists want to return there next year for a longer period and to document other carvings, also using kites.