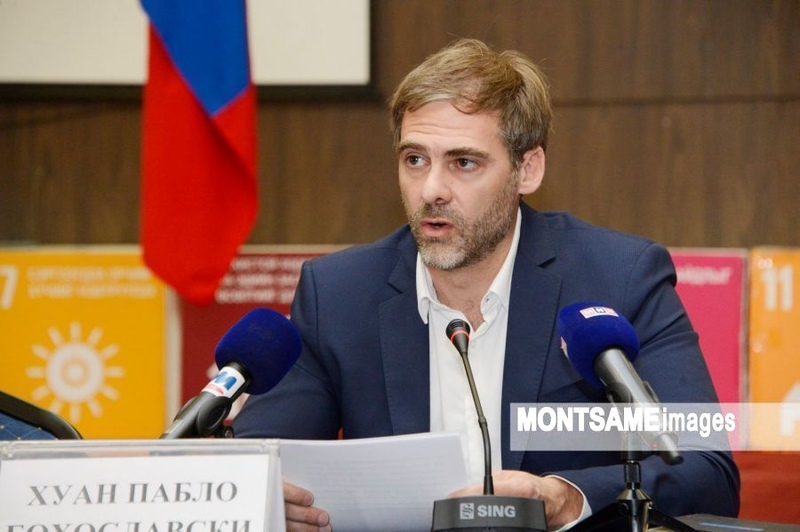 AKIPRESS.COM - The United Nations Independent Expert on foreign debt and human rights, Juan Pablo Bohoslavsky, conducted an official visit to Mongolia on September 2-11, at the invitation of the Government, Montsame reported.

Today, the Independent Expert held a press conference to present his preliminary findings and conclusions of his visit.

The UN expert worked in Mongolia to identify good practices, challenges and potential gaps through the collection of firsthand information and examination on a range of economic, financial and fiscal issues from a human rights perspective and to examine measures and policies aimed at ensuring debt sustainability and inclusive economic growth, including by the development of a range of economic sectors – from foreign direct investments to extractive and infrastructure projects. He also got acquainted with the activities of Oyu Tolgoi, the largest ongoing mining project in Mongolia during his trip to Mongolia.

His preliminary report states that the Mongolia’s economy heavily dependent on mining creates social inequality as the sharp fall of mining commodities’ price on global markets on 2015-2016 triggered economic crisis in the country, posing direct risks to the lives of the people and increasing poverty and inequality. The growing gap between the poor and the rich violates human rights. Mentioning the lack of economic diversification of Mongolia, the report suggests the government to stay consistent with its measures toward economic diversity and growth of competitiveness and to put more investment for innovation, academic research and technology.

According to the UN expert, one third of the Mongolian population lives in poverty. Notified in his report that the fixed 10-percent individual income tax levied on all citizens is not the most adequate measure and it is important to exert all efforts to have a tax system where imposed tax varies with respective income. In addition, the report recommends to introduce a floating royalty in the mining tax, so that the royalty rates differ depending on the market price. It is also found that the foreign debts of Mongolia equal to 58.9 percent of the country’s GDP, which is not an alarming number compared to that of other countries. However, human rights based approach should be considered when it comes to topics of budgeting and debts. In terms of tax, income and debt issues, the UN expert underlined that the current system should be altered and relevant recommendation will be delivered to the Mongolian government.

Regarding his trip to the Oyu Tolgoi mine, the expert made recommendations to reach for a solution with the local residents on issues concerning drinking water supply, mining activities and so on, in align with international human rights standards in international development financing. Expert Juan Pablo Bohoslavsky underlined that he met with the local herders near the mine, who expressed their concern over the water issues due to mining activities despite that fact that the Oyu Tolgoi company has built a large number of water wells in the area.

The government was recommended to create a standing platform ensuring multilateral participation to discuss mining-related environmental issues. As highlighted by the export himself, the recommendation concerns all companies engaged in mining activities, which influences the livelihood of the local herding communities. Speaking of mining, the experts noted the insufficient fund for economic protection when the economy remains mining-dependent. Therefore, he remarked the importance of environmental impact study when granting mining licenses.

The Independent Expert will submit a comprehensive report about his visit to the UN Human Rights Council in March 2020.