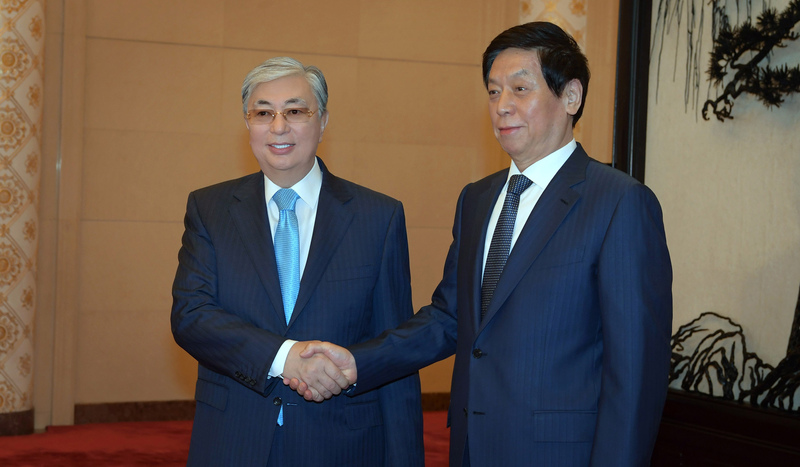 Inter-parliamentary cooperation between Kazakhstan and China were discussed during the meeting. Both sides positively assessed its steady development.

Tokayev congratulated Li Zhanshu on the 70th anniversary of China and informed him about the mutually beneficial agreements reached during the state visit to China.

“Yesterday's negotiations were successful. China is a big neighbor of Kazakhstan. Therefore, taking into account our comprehensive cooperation, President Xi Jinping and I signed the Joint statement, which sets out the provision that our partnership will have a strategic and long-term character. I have every reason to be satisfied with the outcomes of our visit," the President said.

Speaking about the prospects for further strengthening of inter-parliamentary relations between the two countries, the Head of State noted the importance of the IV Meeting of Speakers of the Eurasian Countries' Parliaments to be held in Nur-Sultan in September this year.

“I know that you have been to Kazakhstan three times, but soon you are going to visit Kazakhstan again, but in a different capacity as Chairman of the Standing Committee of the NPC. We look forward to your visit,” - Kassym-Jomart Tokayev underscored.

Li Zhanshu noted Tokayev's significant contribution to the development of the Kazakh-Chinese relations and stressed the effectiveness of his talks with Xi Jinping.

“Yesterday, you and President Xi Jinping held trusting and very fruitful talks, during which you both exchanged views on a wide range of issues. Following its results, the Joint statement was signed, in which both leaders stated that the parties will be developing a strategic partnership. Thus, we can state that your current visit to China has already been crowned with great success, and the Kazakh-Chinese relations have entered a new historical stage," Li Zhanshu stressed.