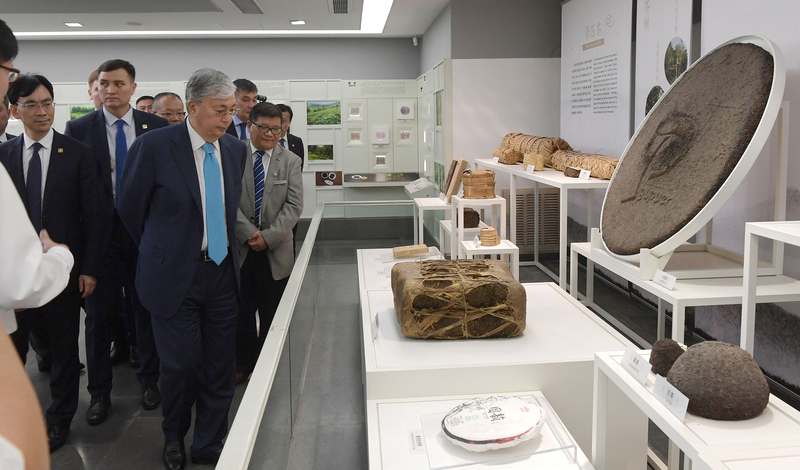 
During the tour of the halls, the Head of the Administration Committee of West Lake Tourist Attraction of Hangzhou Wen Wenjie and Director of the Museum Wu Xiaoli told the President Tokayev about the subtleties of tea traditions and tea etiquette, as well as about the peculiarities of tea culture in various provinces of China. The President was shown a tea ceremony.

Tokayev also visited the Leifeng Pagoda and examined the ancient manuscripts collected in the library on the territory of the pagoda.