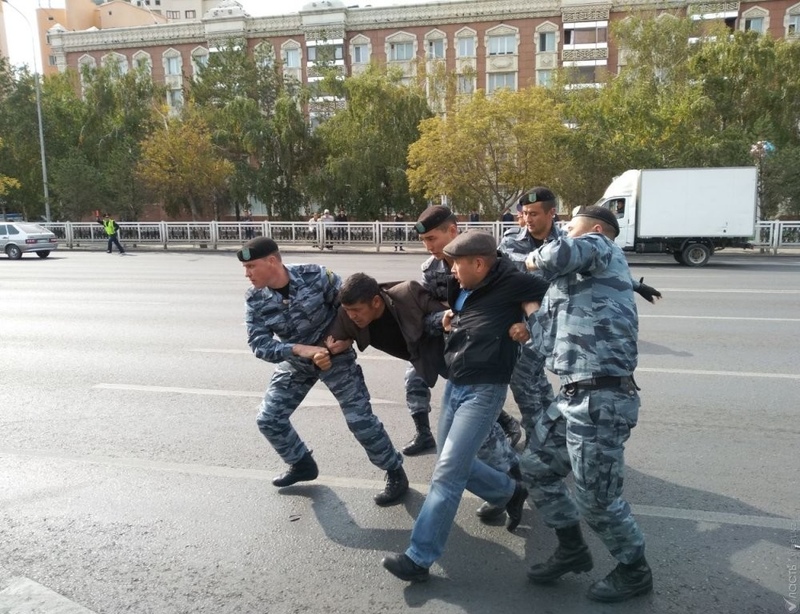 AKIPRESS.COM - Police in Kazakhstan have broken up opposition rallies in several cities, including the capital Nur-Sultan, detaining dozens.

Police were out in large numbers ahead of the planned unsanctioned action on September 21 in Nur-Sultan, the capital, and Almaty, Kazakhstan's largest city, according to RFE/RL's Kazakh Service, RFE/RL reports.

As crowds began to gather in both cities police quickly moved in to disperse them and make detentions.

According to the Kazakh Interior Ministry, 57 individuals had been taken in altogether in Nur-Sultan and Almaty and could face fines or other legal actions for taking part in an unsanctioned event.

Rallies had been planned in smaller cities as well, including Shymkent, where RFE/RL's correspondent reports that at least 20 people were taken away by police.