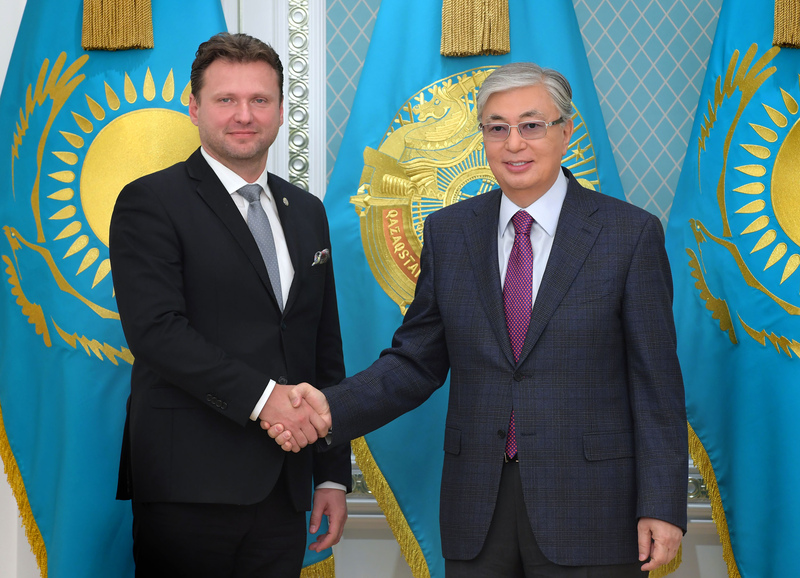 AKIPRESS.COM - President of Kazakhstan Kassym-Jomart Tokayev held a meeting with Speaker of the Chamber of Deputies of the Parliament of the Czech Republic Radek Vondracek on October 17, Akorda press service reported.

The sides discussed the Kazakh-Czech relations, interaction in multilateral formats such as Kazakhstan-EU, the Central Asia-EU and the Central Asia-Visegrad Four (Czech Republic, Poland, Hungary and Slovakia).

Tokayev congratulated Radek Vondracek on the 30th anniversary of the Velvet revolution, the 20th anniversary of accession to the NATO and the upcoming National day of the Czech Republic. The President also reaffirmed the continuity of the course for further development of relations with the Czech Republic, which is an important political and economic partner of Kazakhstan in the European Union.

“Your visit is very important not only in terms of strengthening cooperation between the parliaments of our countries, but also in terms of giving a new impetus to bilateral cooperation,” the head of state stressed.

In turn, the Czech politician expressed gratitude for the warm welcome and hospitality and highly appreciated the reforms carried out in our country.

“I am very glad that, as a representative of the Czech Republic, I have the opportunity to reaffirm very close and deep relations between our countries, which are developing in the spirit of friendship and traditional cooperation,” Radek Vondracek said.