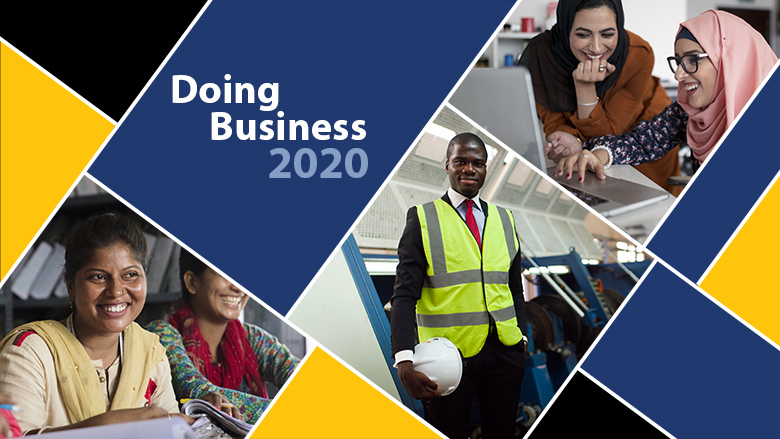 “The economies of Europe and Central Asia continue to make significant progress in enabling entrepreneurship and promoting economic growth,” said Santiago Croci Downes, Program Manager of the Doing Business Unit. “As the reform momentum builds, economies that lag behind can learn from the good practices adopted by their neighbors.”

The region implemented the most reforms world-wide in the areas of paying taxes (nine), as 22 economies in the region now allow electronic filing of taxes, and enforcing contracts (six), as Europe and Central Asian is the region with the most efficient commercial judicial system. Europe and Central Asian economies also stand out on the ease of registering property: it costs 2.7% of property value on average to transfer a property, less than the 4.2% average among OECD high-income economies.

Tajikistan improved its score thanks to reforms in the areas of starting a business, trading across borders and getting credit. The Tajik government, for example, enabled perishable goods exports to clear customs more quickly and strengthened access to credit by launching a modern collateral registry.

The Russian Federation implemented three reforms over the past year, including speeding up the process of getting electricity and simplifying tax compliance. Minority investors benefited from stepped-up protections due to greater corporate transparency requirements.

Serbia and Ukraine implemented six reforms each. Both economies made the processes of dealing with construction permits and getting electricity easier and strengthened minority investors’ rights. Serbia made it easier to pay taxes while Ukraine established a new public credit registry and increased the transparency of the land administration system.

The region underperformed in the areas of dealing with construction permits and getting electricity. Obtaining required construction permits takes 170 days on average in the region, compared to 152 days in OECD high-income economies. Similarly, connecting a new warehouse to the grid in Europe and Central Asia takes on average almost 100 days, 25 more days than among OECD high-income economies.

While most economies of the region continue to implement reforms at a steady pace, a few economies still lag. Bulgaria has implemented a single reform to improve its business climate in the past five years, while Bosnia and Herzegovina and Montenegro have implemented three and four reforms respectively over that period.