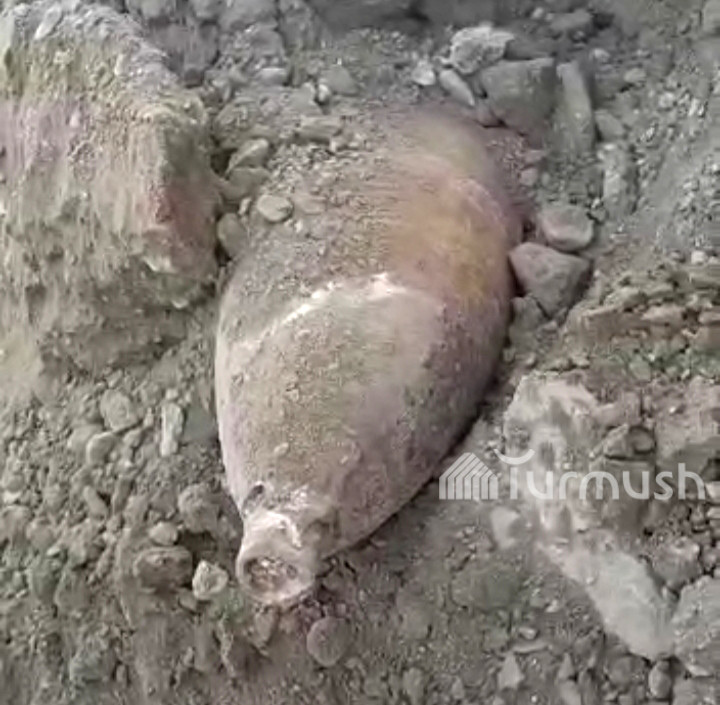 AKIPRESS.COM - An air bomb has been found in Chon-Alai district, Osh police said.

The unexploded shell was found when a resident of Kara-Teyit village on November 10 was digging a tranche for water pipe. He told police about the finding.

During the check, it was established that the shell belongs to the Batken events in 1999. The bomb PC-282 is 82 kg weight. Police officers in cooperation with the representatives of border service dag out the bomb and delivered to a safe place.

On August 29, 1999, the Air Arms of Uzbekistan mistakenly bombed the Kara-Teyit village of Chon-Alai district. This was resulted in death of three locals and a territorial policeman. Ten houses were destroyed. 19 residential houses were damaged. 118 houses and a school needed a capital rehabilitation.