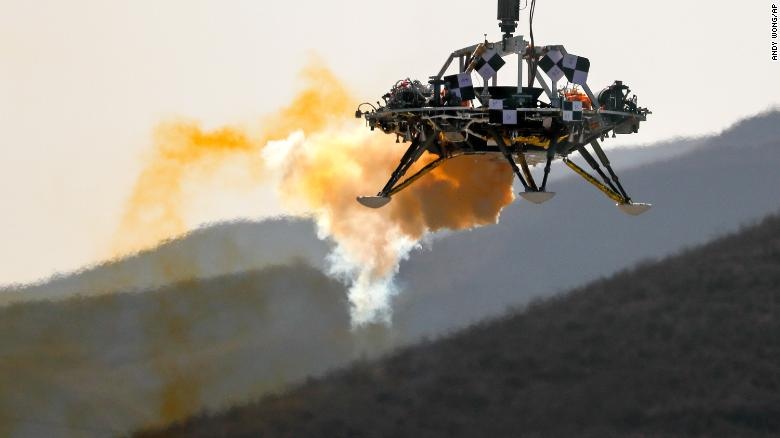 AKIPRESS.COM - China has completed its first public test of a Mars lander, keeping the country on track for an unmanned exploration mission to the red planet in 2020, CNN reports.

The trial took place Thursday in the mountainous landscape of Hebei province, about an hour and a half drive north of Beijing. Chinese officials said the landscape mirrored the slopes and craters of the planet Mars.

The lander was suspended 70 meters (230 feet) above the ground on 36 huge steel cables, which rose up to 140 meters (460 feet) into the air. The test started with a loud boom and the spacecraft hovered and then descended, coming to a stop a few feet short of the ground.

How to safely land on Mars is one of the biggest challenges facing the Mars mission, which officials said was on course to launch next year. If successful, China will be only the second country in the world to achieve the feat. NASA is also planning a Mars mission next year.

According to officials, the trial was designed to test the lander's ability to hover and avoid obstacles, as well as monitoring how well it operated in a similar environment to Mars, where the pull of gravity is one-third of the Earth's gravitational force.

China invited diplomats and international media, including CNN, to witness the test. Beijing has pushed for more inclusion in international space projects but the US tightly restricts the ways NASA can work with China's space program.

The Chinese government told the dozens of watching journalists that the test had been a success.