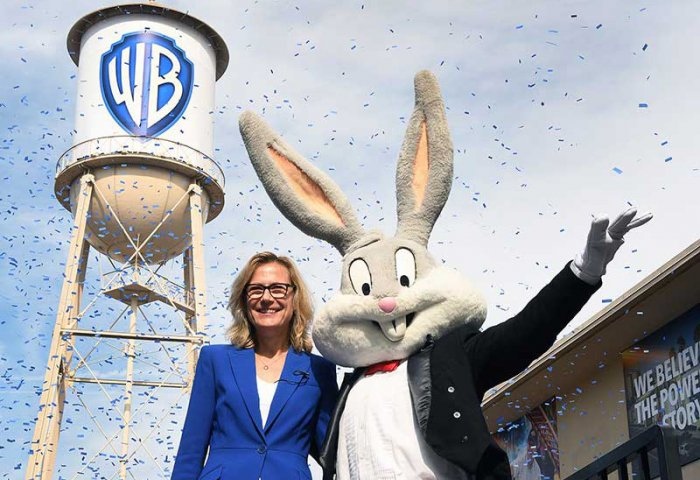 AKIPRESS.COM - Warner Bros. unveiled a new logo featuring a streamlined version of its classic "WB" shield ahead of the 2023 centennial anniversary of the studio's founding, the company announced on November 13.

The entertainment company’s Chair and CEO Ann Sarnoff, with Bugs Bunny by her side, presented the new logo in front of the iconic Warner Bros. water tower.

"We know that a strong brand gives us not just a roadmap but a sense of purpose. It puts our feelings of pride into words,” said Sarnoff. “And, it helps us communicate who we are to our employees, our creative and business partners, and our fans around the world."

Warner Bros. also released a new version of its mission statement, which reads “To be the world’s leading creator and distributor of extraordinary entertainment by partnering with the world’s most inspiring storytellers”, alongside a brand position which states "We believe in the power of story."