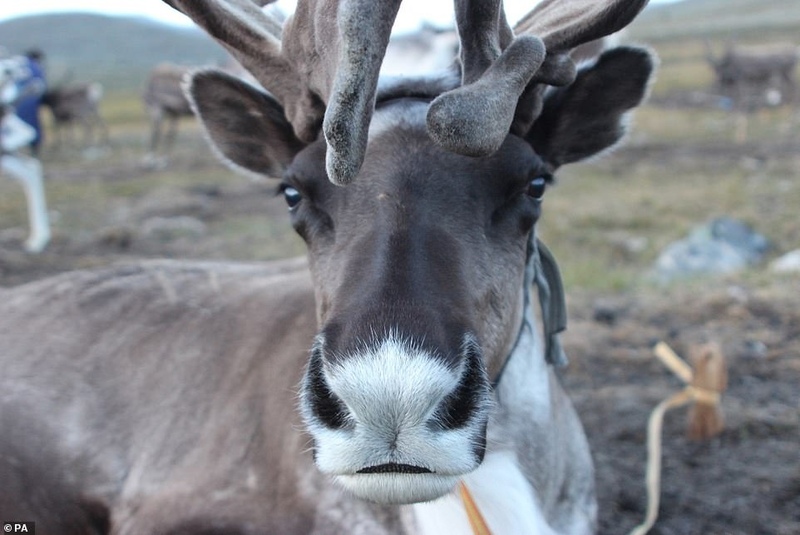 AKIPRESS.COM - Reindeer owned by traditional herder families of Mongolia are getting sick and dying due to climate change melting the 'eternal ice' patches they rely on, scientists claim, the Daily Mail reports.


The Tsaatan people use the ice for clean drinking water and to keep the reindeer cool in the summer. The ice is melting for the first time in living memory.

'They are the first to pay the price for climate change', said study author William Taylor from the University of Colorado.

Researchers believe that ice patches - meant to remain intact even in the summer - are thawing in the Khovsgol province in north-western Mongolia due to summers that are up to 34.7F warmer than they were in 2001.

'The Tsaatan are literally at the front lines of climate change', according to study author William Taylor from University of Colorado Boulder.

'These are folks that contributed nothing to the problem that we find ourselves in globally, but they're the ones paying the first price.'

They have detected summer temperatures already 34.7 degrees Fahrenheit warmer than they were in 2001.

In 2018, an international team of researchers conducted archaeological surveys in the Ulaan Taiga region in Khovsgol province and spoke to eight of the 30 or so local families.

In their interviews, the herders described how many ice patches had melted for the first time in memory between 2016 and 2018, with many complaining that recent declines in pasture quality had led to reindeer sickness and death.

'Access to ice patches has been critical for the health and welfare of these animals in so many ways', said study co-author Jocelyn Whitworth, a veterinary researcher from Colorado.

'Losing the ice compromises reindeer health and hygiene and leaves them more exposed to disease, and impacts the well-being of the people who depend on the reindeer.'

In addition, the researchers are also worried that melting ice could affect the region's archaeological record.

These records are usually obtained from organic materials that have been preserved inside ice and snow for decades, allowing archaeologists a glimpse into the past.

The team recently reported finding a number of wooden artefacts, including an object identified by local people as a willow fishing pole.

But thawing ice has raised concerns that these objects are at risk of degrading rapidly as a result of being exposed to the elements.