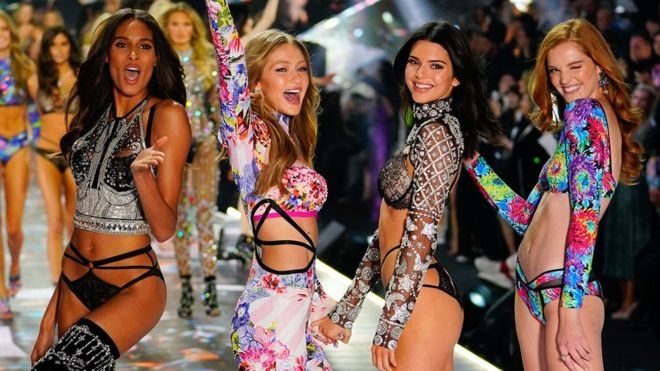 The show launched in 1995 and was once a major pop culture event, drawing millions of viewers each year.

Last year it had its lowest ratings ever and drew criticism that it was sexist, outdated and lacked diversity.

The brand's parent company L Brands said it was important to "evolve" its marketing strategy.

"We're figuring out how to advance the positioning of the brand and best communicate that to customers," Stuart Burgdoerfer, L Brands chief financial officer, told investors on an earnings call.

Nevertheless, he said the shows were "an important aspect of the brand and a remarkable marketing achievement".

The show was a milestone in the career of many supermodels including Tyra Banks, Heidi Klum and Miranda Kerr.