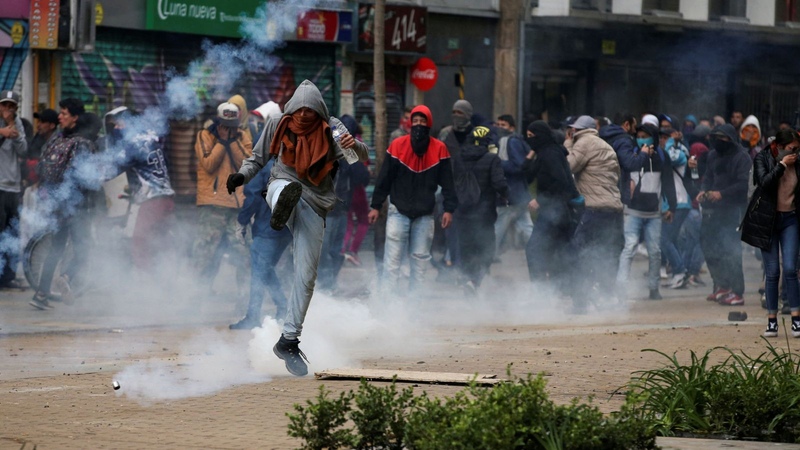 AKIPRESS.COM - Three police officers have died in a bomb blast at a police station in Colombia, after thousands gathered for renewed protests in the capital, Bogota, Sky News reports.


Ten other officers were also injured in the explosion in Santander de Quilichao, a town in the southwestern province of Cauca which is a hotspot for drug trafficking and violence.

It comes after three people were killed on Thursday as more than 250,000 people marched in a national strike to express growing discontent with President Ivan Duque's government.

Their grievances include rumoured economic reforms that the president has denied and anger at what protesters call a lack of government action to stop corruption and the killing of human rights activists.

Thousands gathered on Friday afternoon in Bogota's Bolivar Plaza for a "cacerolazo" - a traditional Latin American expression of protest in which people bang pots and pans.