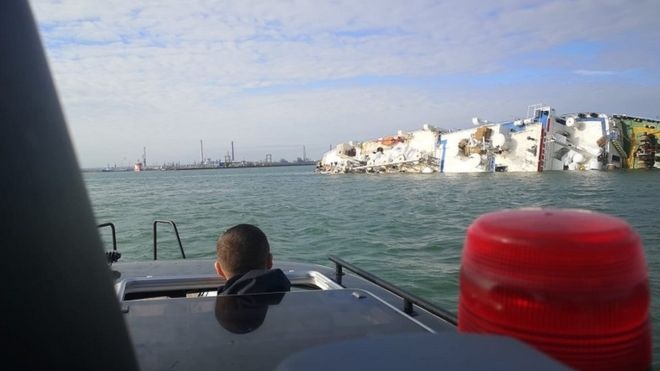 AKIPRESS.COM - A large cargo ship carrying more than 14,000 sheep has overturned off the coast of Romania, with rescuers scrambling to save the animals, BBC reports.

The Queen Hind capsized on Sunday morning after leaving the port of Midia, near the south-eastern city of Constanța, on the Black Sea coastline.

An operation involving police, firefighters and the Romanian coast guard was launched to save the sheep.

At least 32 sheep found swimming near the Palau-flagged ship have been rescued, but many are believed to have drowned.

"We have already saved a small number. They were swimming in the sea," Ana-Maria Stoica, spokeswoman for the emergency services in Constanța, told the BBC.

The rescue effort will resume on Monday morning after being paused overnight.