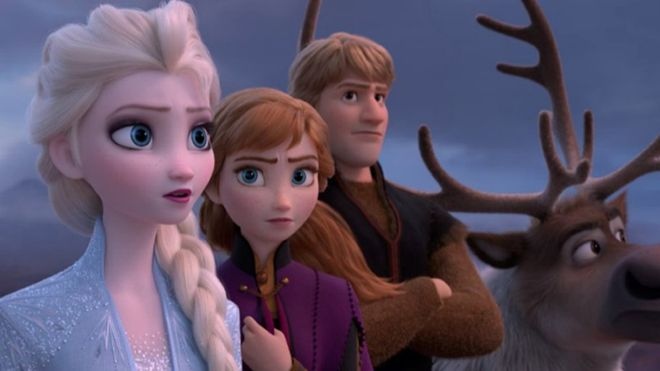 AKIPRESS.COM - Frozen 2 raked in $127 million (£98.9 million) in its opening weekend in the US, beating forecasts and the box office debut of the original Frozen, BBC reports.

The sequel of the hit Disney classic also set a November record for an opening of an animated film.

The film, featuring musical hits like 'Let it go', has captured the imagination of audiences around the world.

Frozen 2 raised $127 million domestically this past weekend, according to estimates from Comscore, and some $223 million overseas. Worldwide, it generated over $350 million over the weekend.

Disney had estimated opening weekend sales of as much as $120 million in the US and Canada, according to Bloomberg.

The film topped the domestic rankings list, according to Comscore, with Ford versus Ferrari collecting $16 million at a distant second and Beautiful Day in the Neighbourhood raising $13.5 million in third place.