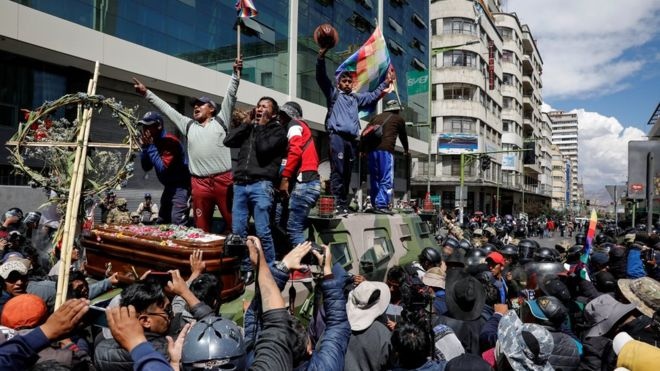 AKIPRESS.COM - Bolivia's interim leader has appointed the country's first US ambassador in 11 years, after vowing to overturn many of ex-President Evo Morales' policies, BBC reports.


The new ambassador, Walter Oscar Serrate Cuellar, used to be the country's representative to the UN.

Mr Morales, a socialist who led Bolivia for almost 14 years and was its first indigenous president, resigned on 10 November and fled to Mexico.

He stepped down after a disputed presidential election last month.

The election result sparked weeks of protests, culminating in Mr Morales' resignation. He says he was the victim of a right-wing coup.

Since he resigned, parts of the country have been crippled by violent protests. At least 29 people have been killed in clashes between security forces and protesters, Reuters reported.

During Mr Morales' time in power, the country's relationship with the US was tense. In 2008, under former US President George W Bush, ambassadors from both countries were expelled during a diplomatic spat.