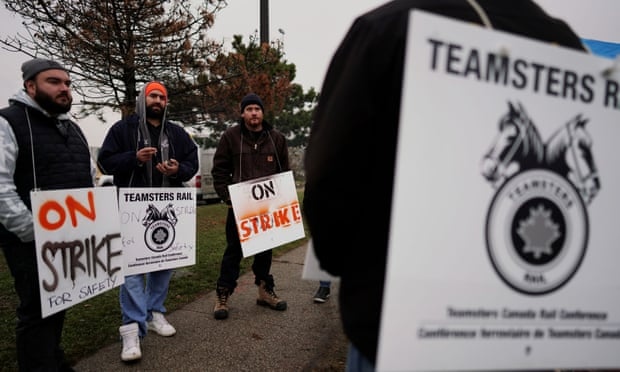 AKIPRESS.COM - Canada’s longest railroad strike in a decade ended on Tuesday as Canadian National Railway Co reached a tentative agreement with workers, but shippers warned it could take weeks before service bounces back to normal, Reuters reports.

Industry groups celebrated the end of the eight-day strike at the country’s biggest railroad, which had cost them sales and raised their expenses. News of the deal, which must still be ratified by union members, sent CN shares up by as much as 2%.

Thousands of unionized workers began heading back to their jobs, CN said, with operations expected to be in full swing on Wednesday. Union members should vote on the deal within eight weeks.

CN has rescinded 70 temporary layoff notices at an auto shipment terminal in Nova Scotia following the deal, another union said.

Canada relies on CN and Canadian Pacific Railway to move crops, oil, potash, coal and manufactured goods to ports and the United States.

Details of the agreement were not available but some 3,200 striking conductors and yard workers had been demanding improved working conditions, including rest breaks.

Prime Minister Justin Trudeau acknowledged CN and union officials in a tweet on Tuesday and thanked workers, industry and all Canadians for their patience.

Trudeau’s minority government had faced pressure from industry and farmers to end the strike and force workers back to their jobs.

Transport Minister Marc Garneau told reporters on Tuesday that if Ottawa had intervened with legislation, “we would not have had a solution today.”