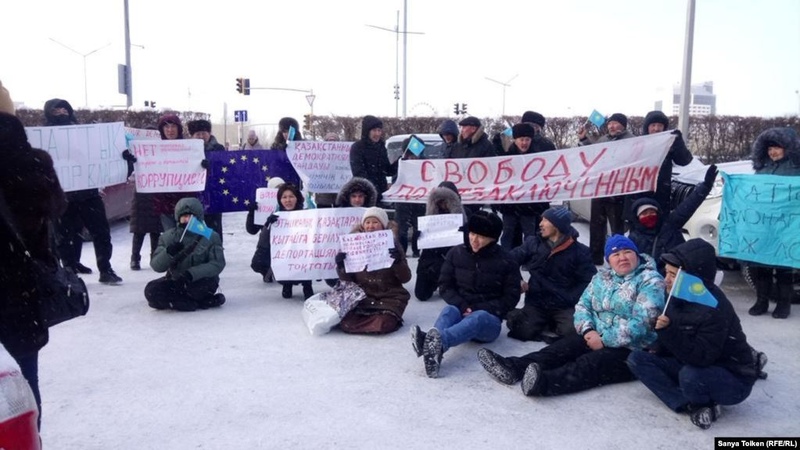 AKIPRESS.COM - Dozens of activists have rallied in the city of Nur-Sultan urging the European Union officials to pressure local authorities over human and civil rights in Kazakhstan, RFE/RL reports.


The activists rallied in front of the European Union's office in the capital for a second day on November 27, calling on the office's representatives to come out so that they could present their demands.

Nobody met with the protesters, who were holding EU flags and posters saying "Freedom for political prisoners," "Your deals with Kazakhstan - our slavery," and "No trade with a country full of corruption."

The protesters said that the European Commission's new Central Asia strategy, adopted in May, among other issues included EU support for human rights and civil society, which therefore must be taken into account when dealing with Kazakhstan.

The strategy also said that the Enhanced Partnership and Cooperation Agreements (EPCAs) that Brussels signed with Kazakhstan at the end of 2015 will remain "a cornerstone" of Brussels' engagement in the region.

Human rights defenders in Kazakhstan and elsewhere have insisted that one of the major conditions of the strategy must be that Kazakh authorities take concrete steps to fully provide citizens with their rights and freedoms.