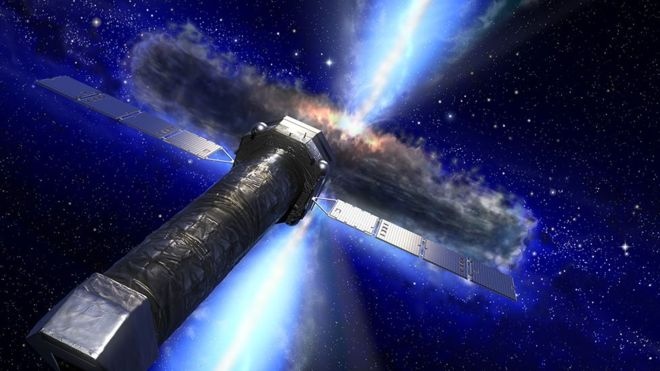 AKIPRESS.COM - Two of the most exciting space missions of the 2030s are likely now to be launched within a year of each other, BBC reports.


European Space Agency member states are poised to increase the organisation's science budget on Thursday by 10%.

This would make it possible to align projects to build a big X-ray telescope and a trio of satellites to sense the collision of gargantuan black holes.

It's important they fly together because the insights they'll bring are highly complementary.

When black holes merge, they despatch vibrations across the fabric of space-time - so-called gravitational waves. And being violent events, these unions will potentially also emit high-energy radiation.

Scientists want the fullest picture possible and the Athena X-ray telescope and the Lisa observatory give them that opportunity.

"The idea is that there is light and sound together," said Prof Günther Hassinger, Esa's director of science.

"With gravitational waves, we hear the shaking Universe; and the light comes from the matter falling into the black holes - 'the last cry of help' that is radiating in X-rays," he told BBC News.