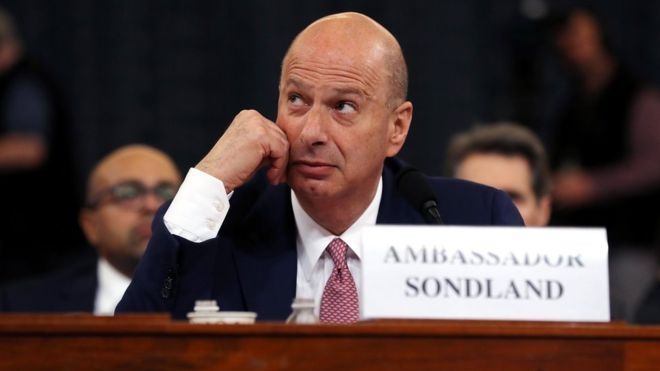 AKIPRESS.COM - Gordon Sondland, the US ambassador to the EU, has been accused by three women of sexual misconduct, BBC reports.


The allegations, published by Portland Monthly magazine and ProPublica, date back to before he became an ambassador.

At the time of the alleged incidents he was developing hotels in Portland and Seattle in the Pacific Northwest.

Mr Sondland denies all of the allegations, and accuses the women of targeting him for his role in President Donald Trump's impeachment hearings.

"These untrue claims of unwanted touching and kissing are concocted and, I believe, co-ordinated for political purposes," he said in a statement.

"They have no basis in fact, and I categorically deny them."