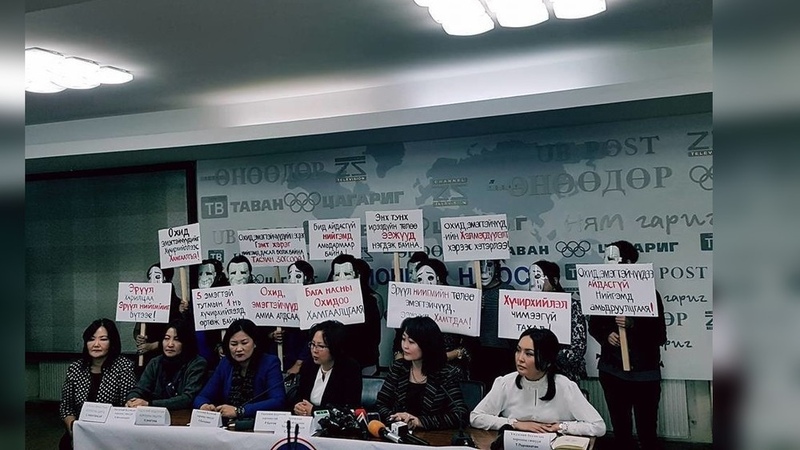 AKIPRESS.COM - The arrest abroad of Mongolia's most senior judge on allegations that he groped a woman has sparked a fierce debate over his country's lack of laws against sexual harassment.

The constitutional court judge, Odbayar Dorj, was detained by airport police in South Korea at the end of October after being accused of inappropriately grabbing a Korean Air flight attendant.

The case did not surprise many in Mongolia, where widespread sexual harassment goes largely unreported - because it is not illegal.

"If a Mongolian flight attendant is harassed, they can't speak up because there is no law to protect them," said Arvintaria Nordogjav, of the National Centre Against Violence.

She added it was only because the alleged victim was not Mongolian that this case had garnered public discussion at all.

The court voted Friday (Nov 22) to dismiss Odbayar as chairman, but he remains one of the nine members of the judicial body.

While the #MeToo movement exploded on the global stage in 2017 after alleged serial sexual harassment and assault of young actresses by Hollywood producer Harvey Weinstein became public, it hasn't had the same impact in Asia as it has had in the US and parts of Europe.

But in Mongolia, Odbayar's case has stirred up the issue again, and rights groups have made fresh demands that parliament creates legislation to protect against such behaviour.

On Monday, International Day for the Elimination of Violence against Women, UN chief Antonio Guterres called for action to protect women and "end rape and sexual assault of all kinds."

"I call on governments, the private sector, civil society and people everywhere to take a firm stand against sexual violence and misogyny." he said.

A sexual harassment law was introduced in 2015 in Mongolia but it was dropped two years later as politicians voiced concerns that it could be misused.

"The reason why parliament removed it from criminal law is that the action was taken in the same vein as sexual violence, so it was unfair for men," said parliament member Oyunkhorol Dulamsuren.