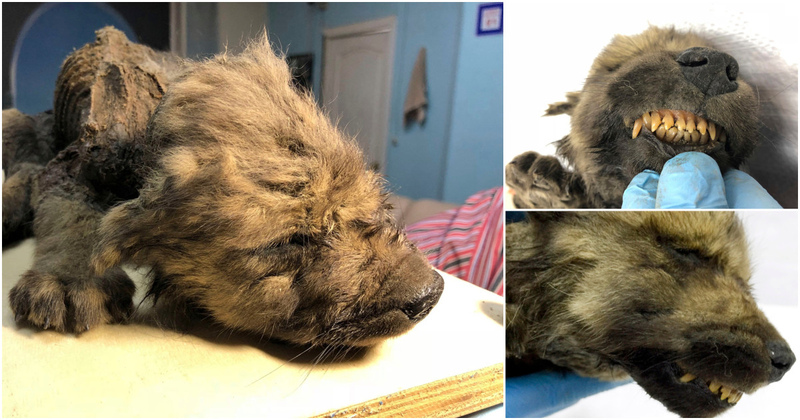 AKIPRESS.COM - An 18,000-year-old puppy unearthed in Siberia could prove to be the missing link between dogs and wolves, scientists believe.

The puppy was discovered perfectly preserved by permafrost near Yakutsk, eastern Siberia last summer and carbon dating has revealed it has been frozen for around 18,000 years.

Researchers at the Centre for Palaeogenetics in Stockholm, Sweden announced this week that extensive DNA tests have so far been unable to confirm whether the animal was a dog or a wolf.

The experts believe this may be because the canine comes from the period when dogs were domesticated and hope the creature will prove crucial to uncovering when exactly the evolution began.

"It's normally relatively easy to tell the difference between the two," researcher David Stanton told CNN.

"We have a lot of data from it already, and with that amount of data, you'd expect to tell if it was one or the other. The fact that we can't might suggest that it's from a population that was ancestral to both - to dogs and wolves".

Scientists believe some modern dogs descended from just one wolf population that lived continuously in Europe for thousands of years.