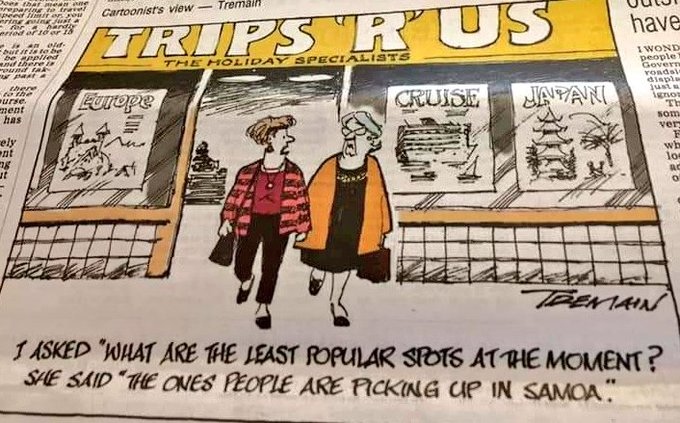 AKIPRESS.COM - A New Zealand newspaper has caused outrage for publishing a cartoon that made light of the measles crisis engulfing Samoa, which has killed 55 people so far, most of them children under the age of four, The Guardian reports.

The Otago Daily Times published the cartoon in Tuesday’s newspaper from artist Chris Tremain, which depicted two white women walking out of a travel agent, one saying to the other: “I asked ‘What are the least popular spots at the moment?’ She said: ‘The ones people are picking up in Samoa.’”

The newspaper issued an apology on Tuesday afternoon, saying, “The content and timing of the cartoon were insensitive, and we apologise without reservation for publishing it.”