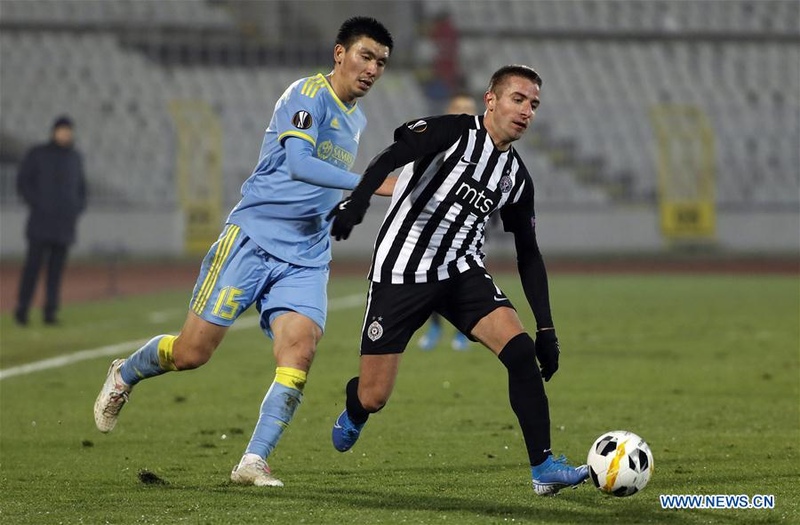 
The runner-up of the Serbian football league showed a great performance from the start, despite winter weather here in the Serbian capital.

In one of the first actions in the 4th minute, Umar Sadiq found Seydouba Soumah, whose shot was first denied by the keeper but the second went through.

In the 22nd minute, Partizan's Sadiq increased the lead to 2-0, after an assist by Zoran Tosic. The halftime score was set in the 26th minute after Sadiq assisted to Takuma Asano who unleashed a low shot behind Nenad Eric for 3-0.

After a standstill of some 30 minutes into the second half, Sadiq scored his second goal of the match by dribbling around Eric and checkmating him in the 76th minute for 4-0.

With only two victories and four defeats in Group L, Partizan finished behind the group leader Manchester United and the runner-up AZ Alkmaar. Astana stayed at the bottom.