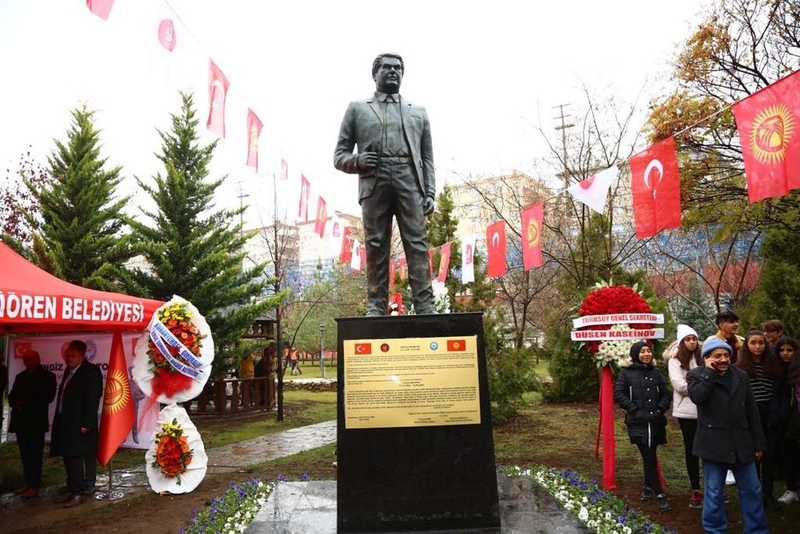 AKIPRESS.COM - The monument to Chingiz Aitmatov was inaugurated in the Aitmatov Park in Kecioren Municipality of Ankara on December 12, the Foreign Ministry of Kyrgyzstan said.

The monument was made and installed by the Kecioren Municipality at the initiative of the Embassy of Kyrgyzstan.

Ambassador Omuraliev thanked the guest and fans of the Kyrgyz novelist for coming to the inauguration ceremony and expressed gratitude to the Mayor of Kecioren Municipality and sculptors.

The concert following after the ceremony.