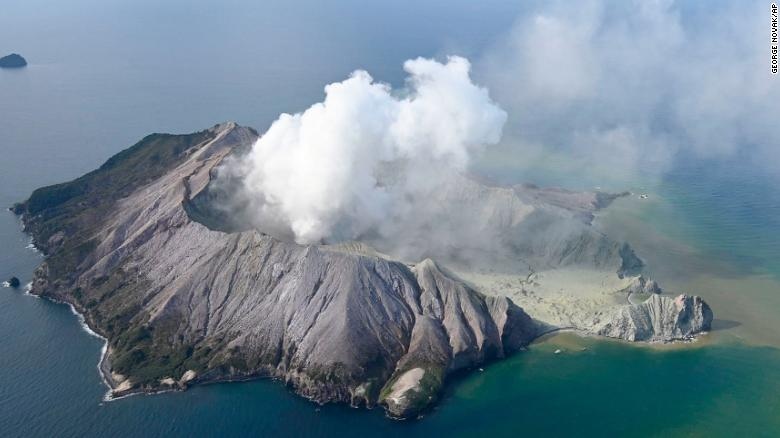 AKIPRESS.COM - A specialist team have recovered six bodies from New Zealand's White Island volcano, braving hazardous conditions in a risky operation four days after it erupted while 47 people were visiting.

The recovery on Friday morning local time brings the official death toll from Monday's eruption to at least 15. Authorities are still working to recover two more bodies, including one that was spotted in the water near the shore of White Island.

It was the first time authorities have been able to return to White Island -- also known as Whakaari -- since it erupted on Monday with little warning.

Earlier in the week, authorities said it was too dangerous to return to the popular tourist spot as the risk of another eruption remains high. There are also chemical and physical hazards on the island.

On Friday, a specialist team of six men and two women spent up to four hours on the island, authorities said. The search team had to wear additional protective safety equipment, which slowed down the recovery process, a police spokeswoman told CNN.

New Zealand's volcano monitoring service GeoNet said Friday that there is still a 50% to 60% chance of another eruption in the next 24 hours. However, authorities decided it was safe enough as there was only a 6% chance of an eruption in any three-hour period, New Zealand Defense Force colonel Rian McKinstry said.

After news that six bodies had been recovered, there was clapping and signs of relief from the families of those missing, Deputy Police Commissioner Wally Haumaha said Friday.

"These families are just so appreciative, so ecstatic, so overwhelmed and overjoyed to know that they've got their loved ones back with them," Haumaha told reporters in Whakatane, the town on New Zealand's North Island that is closest to White Island.

The six bodies will be transported to Auckland Friday for identification.