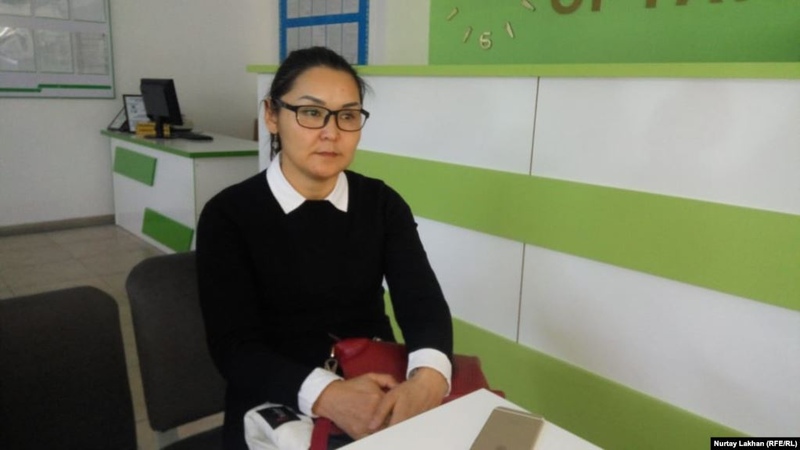 AKIPRESS.COM - A court in Kazakhstan has ruled that an ethnic-Kazakh woman from China's northwestern region of Xinjiang who is on trial for illegally crossing the border will not be deported to China, the RFE/RL reported.


The court in the southeastern town of Zharkent announced its decision in the high-profile case on December 23.

Judge Elmira Asubaeva handed a suspended 6-months prison sentence to Qaisha Aqan and allowed her to stay in Kazakhstan as she is married to a Kazakh national.

The ruling coincided with the request by Prosecutor Arzygul Imyarova made earlier the same day.

Aqan testified at her trial that started in November that she had to cross illegally into Kazakhstan in May 2018 because local authorities in Xinjiang threatened to place her in an internment camp for Xinjiang's indigenous ethnic groups.

"I came to Kazakhstan seeking asylum. I ask you not to send me back to China. I will be the subject of persecution there," Aqan said, adding that her 70-year-old mother, her ex-husband, and their son remain in Xinjiang.

In October, two ethnic-Kazakh men, Murager Alimuly and Qaster Musakhanuly, were arrested in Kazakhstan after they told journalists in Kazakhstan’s largest city, Almaty, that they had illegally crossed the Chinese-Kazakh border.

Alimuly said he was subjected to persecution in Xinjiang while Musakhanuly said he had spent several years in a so-called "reeducation camp" in the region.

In August 2018, the United Nations said an estimated 1 million Uyghurs and members of other mostly Muslim indigenous ethnic groups in Xinjiang were being held in "counterextremism centers."

The UN said millions more had been forced into reeducation camps. China denies that the facilities are internment camps.