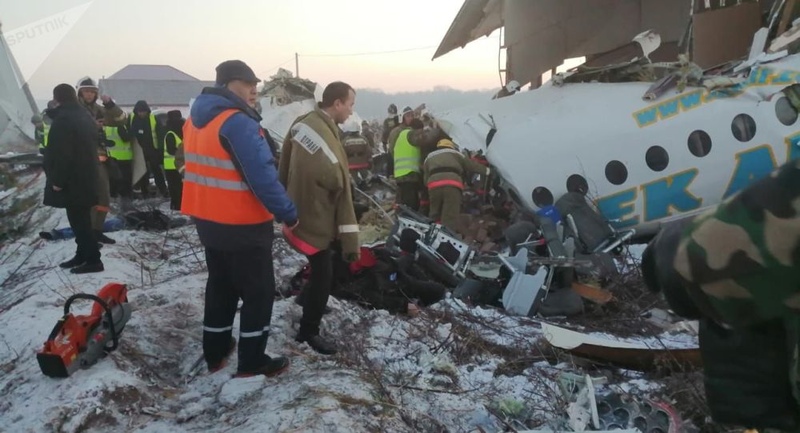 "I express condolences to relatives and friends of those dead after plane crash near Almaty today morning. The aid will be provided to those who were injured. A governmental commission has been formed headed by Prime Minister Askar Mamin. All guilty will be severely punished in line with the law," the head of state said.

At a moment, the patrol police officers are regulating the vehicular movement to provide a free passage for ambulances that are heading to the central entrance of the Almaty airport terminal.