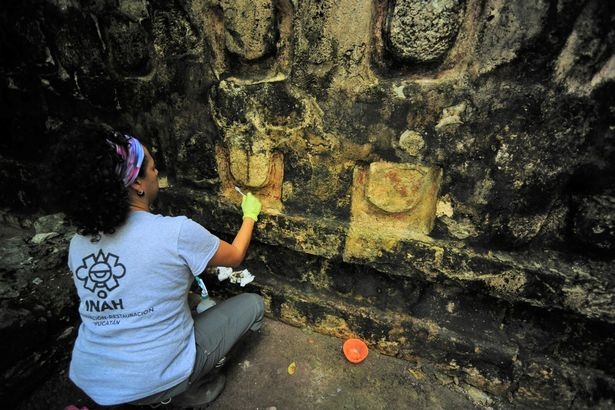 AKIPRESS.COM - Archeologists have discovered a large palace likely used by the Mayan elite more than 1,000 years ago in the ancient city of Kuluba, near the modern day tourist hot spot of Cancun in eastern Mexico, Mexican anthropology officials said, Mirror reports.


The remains of the six-meter high building, 55 meters (180 feet) long and 15 meters wide, suggest the palace was inhabited for two long periods between 600-1050 A.D., the National Institute of Anthropology and History (INAH) said in a statement.

The Mayan civilization reached its peak between 250 and 900 A.D., when it ruled large swaths of what is now southern Mexico, Guatemala, Belize and Honduras.

The palace was discovered in the east of the Kuluba archaeological zone, a key pre-Hispanic site in Mexico's Yucatan state.