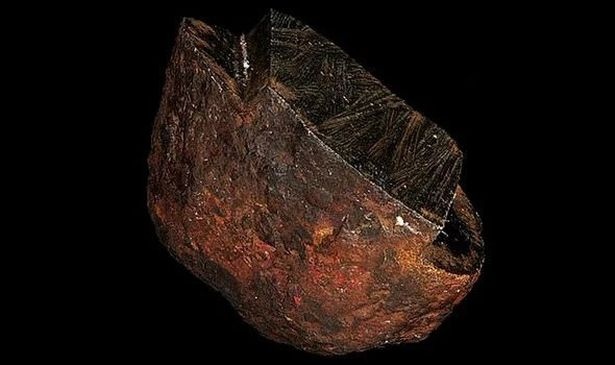 AKIPRESS.COM - Top scientists were stunned after discovering a never-before-seen mineral in the heart of a meteorite.

The so-called Wedderburn meteorite, found near an old Australian gold-rush town with the same name in 1951 had left experts baffled for decades – until now.

Now, a study led by mineralogist Chi Ma found the meteorite contained the first occurrence of “edscottite” a rare iron-carbine mineral that has not been seen in nature before.

Scientists have been able to produce the mineral in the lab using a form of iron smelting.

The black-and-red space rock has been examined by several research teams to the extent that now only a third of the original is left intact.