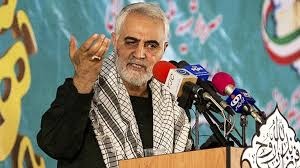 AKIPRESS.COM - Russia's Foreign Ministry has said the US airstrike will lead to growing tensions in the Middle East and issued condolences to the Iranian people, CNNreported with reference to the Russian state-run news agency TASS.

"We consider Soleimani’s murder in a US missile strike in the suburbs of Baghdad an adventurous step that will lead to growing tensions throughout the region,” a representative of the Russian Foreign Ministry told TASS in a statement.

"Soleimani devotedly served the cause of protecting Iran’s national interests. We are offering our sincere condolences to the Iranian people,” the statement added.

Earlier on Friday, prominent Russian senator Konstantin Kosachev issued a statement on his official Facebook page, saying the killing of Soleimani is “a mistake” that can hurt the US in the long run and “destroys” all efforts to save the Iran nuclear deal.

Kosachev wrote: “I believe this is more than killing an important figure, this is a mistake. And the reason for this mistake is the typical American habit of personalizing any problem: 'Remove Saddam (Milosevic, Yanukovych, Gaddafi, Bin Laden, etc.) and everything will be solved.' But this is the logic of the show, not politics. It doesn’t work longterm, but it can hit the organizers of the show like a boomerang.”