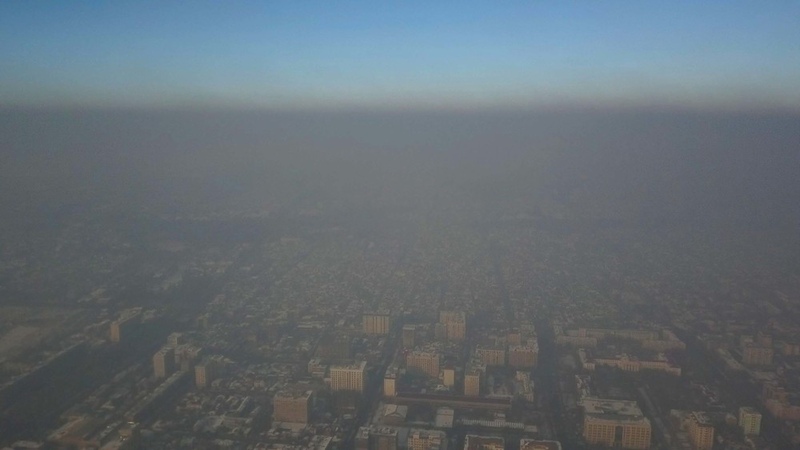 AKIPRESS.COM - People living with air pollution have higher rates of depression and suicide, a systematic review of global data has found, The Guardian reports.

Cutting air pollution around the world to the EU’s legal limit could prevent millions of people becoming depressed, the research suggests. This assumes that exposure to toxic air is causing these cases of depression. Scientists believe this is likely but is difficult to prove beyond doubt.

The particle pollution analysed in the study is produced by burning fossil fuels in vehicles, homes and industry. The researchers said the new evidence further strengthened calls to tackle what the World Health Organization calls the “silent public health emergency” of dirty air.

“We’ve shown that air pollution could be causing substantial harm to our mental health, making the case for cleaning up the air we breathe even more urgent,” said Isobel Braithwaite, at University College London (UCL), who led the research.

Meeting the EU limit could make a big difference, she said. “You could prevent about 15% of depression, assuming there is a causal relationship. It would be a very large impact, because depression is a very common disease and is increasing.” More than 264 million people have depression, according to the WHO.

“We know that the finest particulates from dirty air can reach the brain via both the bloodstream and the nose, and that air pollution has been implicated in increased [brain] inflammation, damage to nerve cells and to changes in stress hormone production, which have been linked to poor mental health,” Braithwaite said.

Joseph Hayes, also at UCL and part of the research team, said: “The evidence is highly suggestive that air pollution itself increases the risk of adverse mental health outcomes.”

The research, published in the journal Environmental Health Perspectives, used strict quality criteria to select and pool research data from 16 countries published up to 2017. This revealed a strong statistical link between toxic air and depression and suicide. This is supported by more recent research, including studies that linked air pollution with “extremely high mortality” in people with mental disorders and a quadrupled risk of depression in teenagers.

Other research indicates that air pollution causes a “huge” reduction in intelligence and is linked to dementia. A comprehensive global review earlier in 2019 concluded that air pollution may be damaging every organ and virtually every cell in the human body.

The data analysed in the new research linked depression with air pollution particles smaller than 2.5 micrometres (equivalent to 0.0025 millimetres and known as PM2.5). People exposed to an increase of 10 micrograms per cubic metre (µg/m3) in the level of PM2.5 for a year or more had a 10% higher risk of getting depression. Levels of PM2.5 in cities range from as high as 114µg/m3 in Delhi, India, to just 6µg/m3 in Ottawa, Canada.

The researchers estimated that lowering this to the WHO recommended limit of 10µg/m3 could reduce depression in city dwellers by about 2.5%.

The available data on suicide risk was for particles ranging up to 10 micrometres (PM10). The researchers found a short-term effect, with a 10µg/m3 increase over three days raising the risk of suicide by 2%.

Scientists say small increases in risk can still result in harm to many people because more than 90% of the global population lives with air pollution above WHO-recommended levels. “This is something everyone is exposed to, so at the population level it is potentially concerning,” said Braithwaite.

The results show strong correlations, but research that would prove a causal link is difficult because ethical experiments cannot deliberately expose people to harm. The studies analysed took account of many factors that might affect mental health, including home location, income, education, smoking, employment and obesity. But they were not able to separate the potential impact of noise, which often occurs alongside air pollution and is known to have psychological effects.

“This is a comprehensive review over a 40-year period,” said Ioannis Bakolis, at King’s College London, not part of the research team. “Although the studies included were from different parts of the world – eg China, the US, Germany – and varied in sample size, study design and measures of depression, the reported associations were very similar.”

But he said the evidence remained limited and more research was needed. In particular, understanding the impact of pollution reduction on mental health would give policymakers further evidence of the benefits of action.

“We all need to do what we can to reduce our own contribution to air pollution, whether that is walking or cycling,” said Braithwaite. “But we also need to be thinking about system change, meaning [government] policies that help reduce overall air pollution levels.” The researchers said walking, cycling and more green spaces not only cut air pollution but also improved mental health.