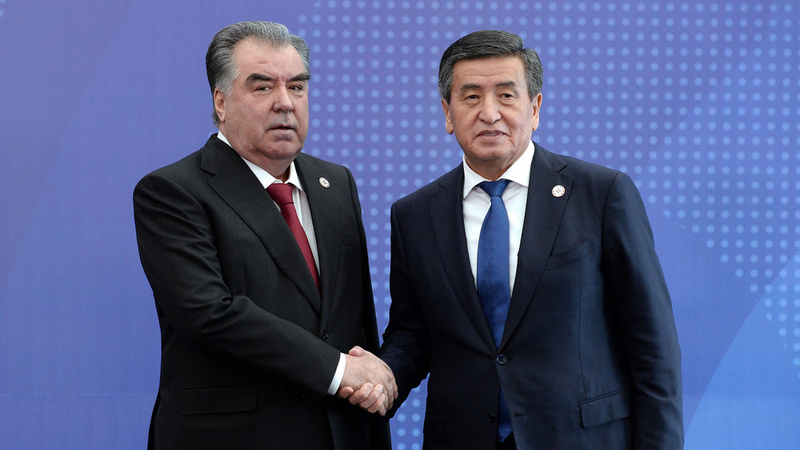 The heads of state discussed the situation on the Kyrgyz-Tajik border.

Sooronbai Jeenbekov noted it is important for two countries to maintain a stable situation on the common border and added that the conflicts between citizens of two countries became rather sensitive.

“Centuries-old friendship was and will be between the Kyrgyz and the Tajiks. We should not allow escalation of the situation on the border. Unfortunately, the border conflicts frequented lately. Another incident occurred on the Kyrgyz-Tajik border yesterday,” the President said.

The President underlined importance of work with population of border areas to prevent recurrence of border incidents.

President Jeenbekov took a note of the provocative media reports on the Kyrgyz-Tajik border incident that do not correspond to the spirit of good neighborhood and friendship of two countries.

The President of Kyrgyzstan underlined that upon completion of the joint investigation those guilty of the border conflict should be held accountable.

Jeenbekov also spoke for acceleration of delimitation and demarcation of the Kyrgyz-Tajik border.

The President discussed relevant aspects of bilateral cooperation and priorities for the near future.

Related content
MP questions ability of Kyrgyz government to ensure border security, slams it for detention of 4 citizens
Map of border conflict areas around Vorukh enclave in Batken region
Coordination meeting on border situation regulation to be held in Batken