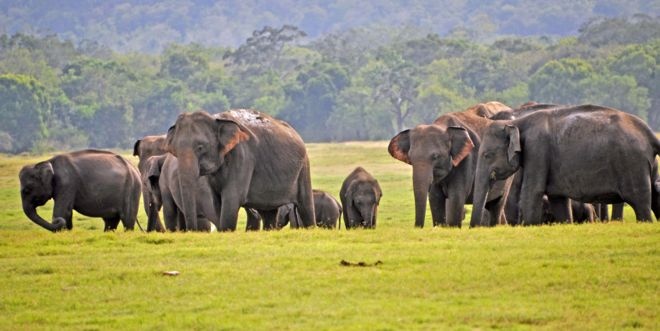 It is highest figure of elephant deaths to be reported since Sri Lanka became independent in 1948, conservationists said. Most were killed by people.

There are an estimated 7,500 wild elephants in Sri Lanka. Killing them is illegal, but the animals often come into conflict with rural communities.

Elephants are revered in Sri Lanka but some farmers view them as pests.

Sajeewa Chamikara, an environmentalist from the Movement for Land and Agricultural Reform, told the BBC that some 85% of elephant deaths last year may have been caused by human activity.

He said communities had used electric fences, poison and explosives concealed as food to kill the animals.