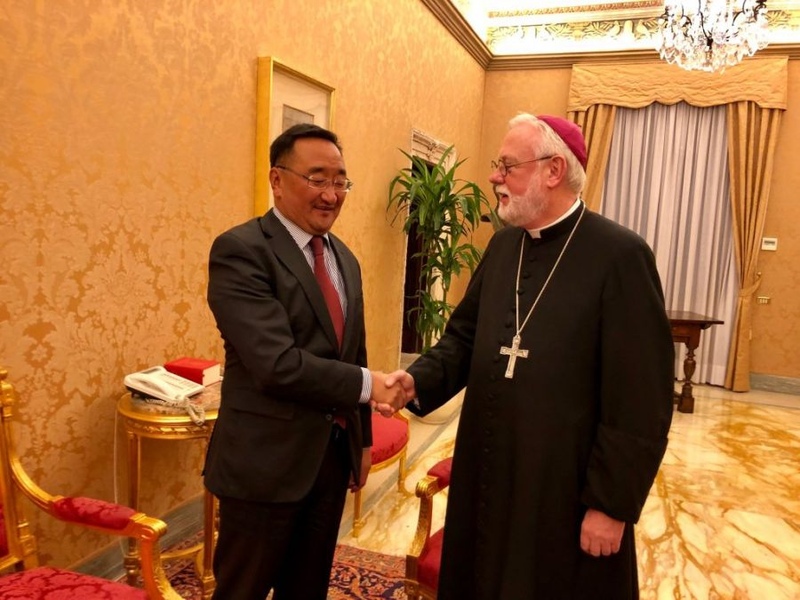 AKIPRESS.COM - Ambassador of Mongolia to the Holy See and Permanent Representative of Mongolia to the United Nations and other international organizations L.Purevsuren met with Secretary for Relations with States within the Holy See’s Secretariat of State, Archbishop Paul Richard Gallagher, exchanging views on bilateral cooperation, Montsame reports.

Ambassador L.Purevsuren thanked Vatican on allowing study of documents and sources related to Mongolian history by Mongolian scholars and permission to work in secret archives of Vatican and its library.

The progress of preparations for the scientific conference and photo exhibition, which are scheduled to be jointly held in the Holy See between May 6 and 8 within the 800th anniversary of Karakorum city, the capital of the Great Mongol Empire, was reviewed at the meeting.

The scientific conference will discuss feature religious freedom issue that was documented during the journey of Flemish Franciscan monk William de Rubruk and envoy of Pope Innocent IV Plano Carpini to the Mongol Empire.